What is this challenge about? 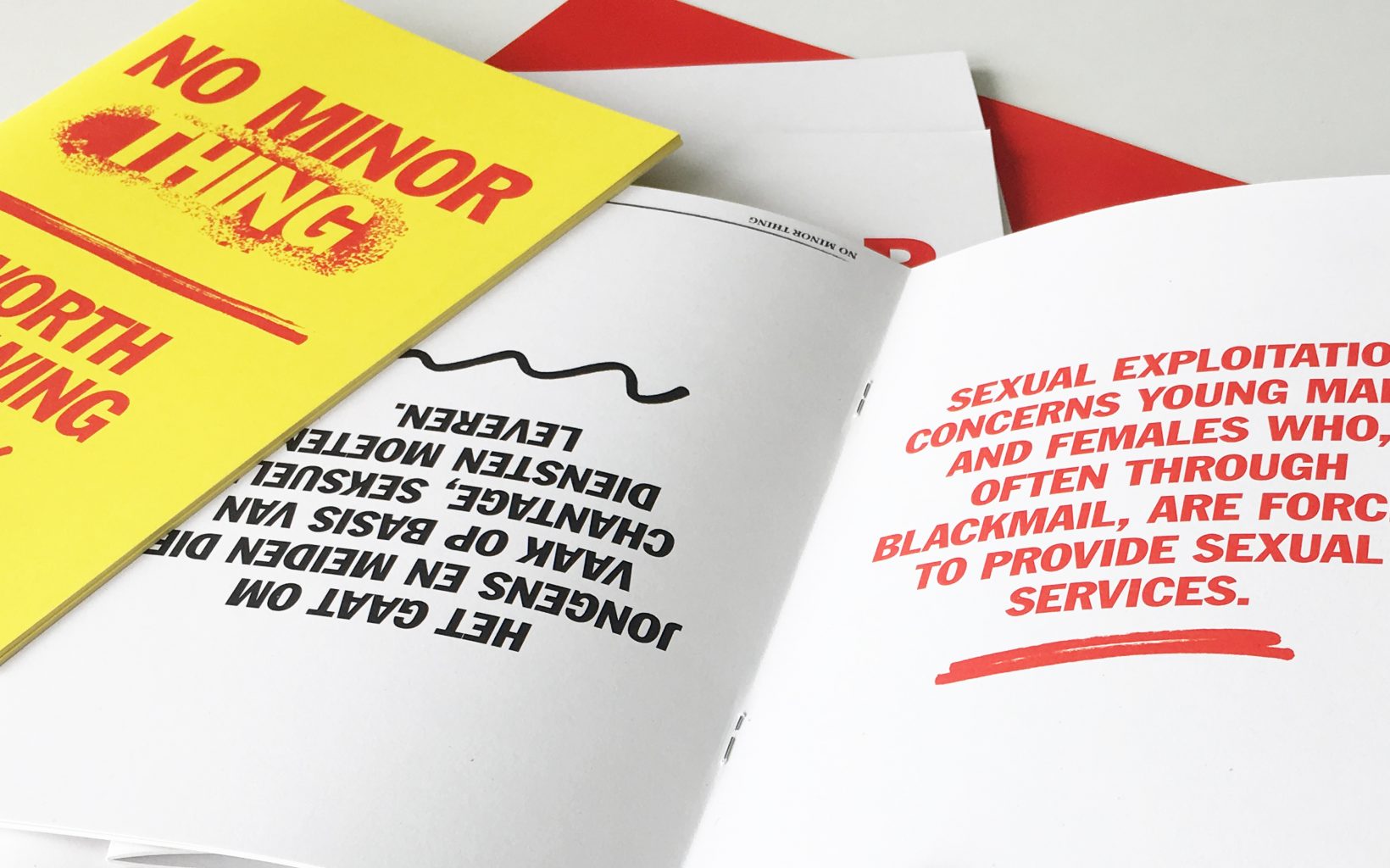 Sexual exploitation happens everywhere, but it happens under the radar, out of sight of everyone. The National Rapporteur on Trafficking in Humans says that just 1 in 9 girls who are sexually exploited appear in the reports of police and justice systems. There are even fewer reports of male exploitation, where the actual figure is even harder to estimate. That makes this a very difficult problem, however it also offers pointers for designers, who are talented in making things visible to come up with new ideas to prevent and combat the problem.

Sexual exploitation concerns young males and females who, often through blackmail, are forced to provide sexual services. Most of them end up in this work without realizing it. And even though it is illegal, there are enough adults who are willing to pay for these sexual services. The mental and physical harm done to children is enormous. This problem calls for innovative solutions.

How can designers make a genuine difference in such difficult and complex situations that are largely hidden from view in the world of illegality? That’s what we asked ourselves at the start of the collaboration between WDCD, the Dutch Public Prosecution Service (DPPS) and the Ministry of Justice and Security. With its design research partner STBY, WDCD has previously developed challenges that address complex subjects. Those previous projects have resulted in a framework for a thorough process, based on desk research, expert interviews and workshops. The process focuses on formulating questions that point the way towards possible meaningful interventions and contributions from designers working in collaboration with experts. Together they can make a difference to complex problems. Sexual exploitation of children is such a problem that we cannot easily solve, but we could intervene in meaningful ways if we work together in a focused manner, drawing on input from experts and looking from the perspective of a designer. All this has led WDCD, the DPPS, the Ministry of Justice and Security and STBY to develop No Minor Thing, which defines different directions for interventions, as expressed in the form of five questions:

• How can parents and guardians teach every child that it is in charge of their own body?

• How can we enhance the protection of young people online and systematically thwart those seeking to exploit them?

• How can we help professionals to detect even the subtlest signs of sexual exploitation and to take action?

• How can we help victims and their social environment to report sexual exploitation earlier?

• How can we confront those directly involved in sexual exploitation with the consequences for themselves?

Every question mentioned above is the starting point of a design brief, five in total, you can check out the design briefs and all other content created for the participating design teams over here.

We are looking for ideas that meet the following criteria:

Clear
It’s clear who the idea will benefit, how it will add to existing ideas, and who will execute the idea.

Tangible
The idea is not too abstract. It’s clear to imagine how the idea would work. Prototypes are a great way to show ideas.

Feasible
The idea is feasible, even if it avoids the well-beaten path or focuses on unexpected, unusual partnerships.

Innovative
The idea provides an innovative way to tackle the sexual exploitation of children and inspires others to take action.

Thoughtful
The idea is thoughtful and demonstrates an understanding of the complex nature of the subject in question – it’s positive without being naïve.

Continued relevance
The idea has the potential to stay relevant for an extended period of time. Developments in the public sector often need some time to land. The idea shouldn’t depend on trends. 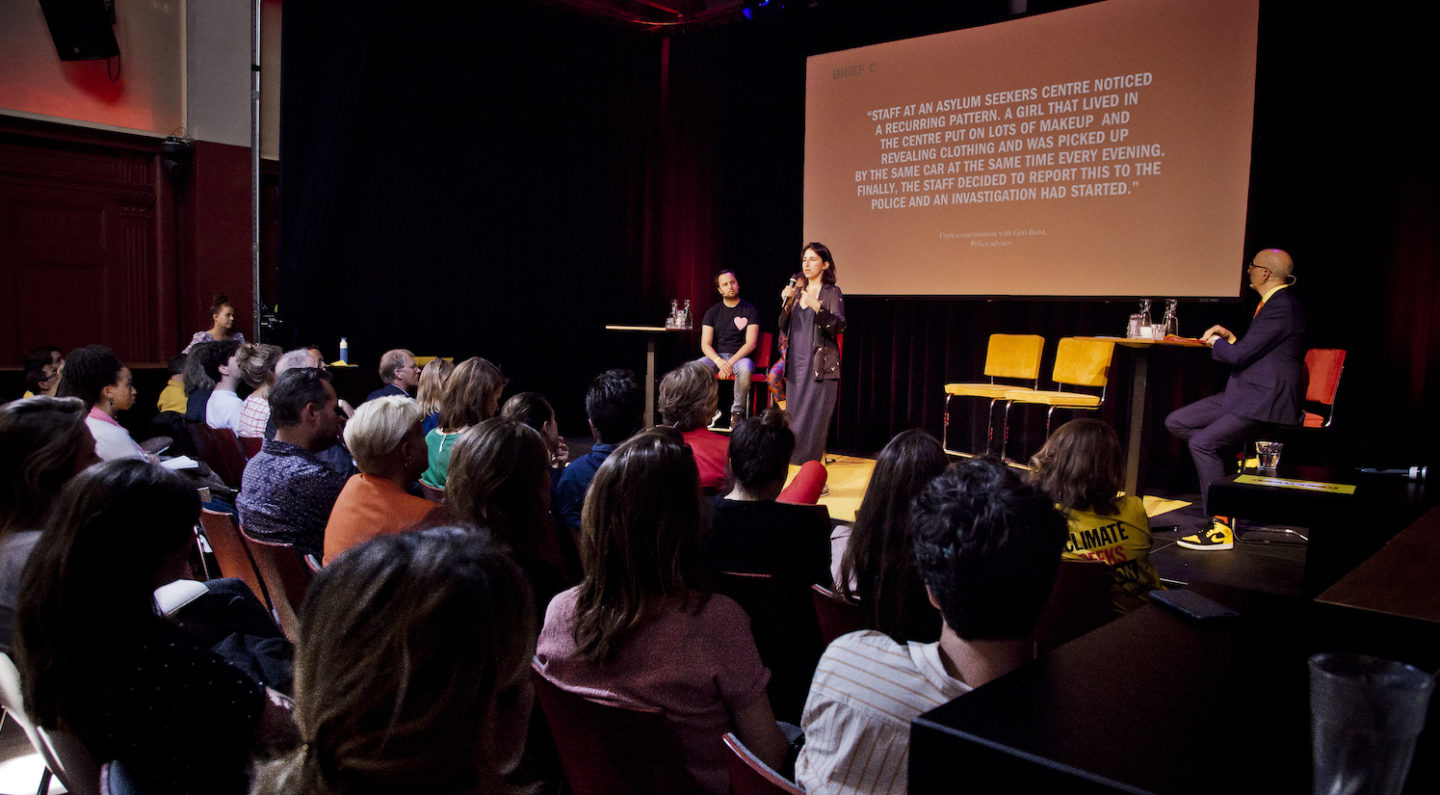